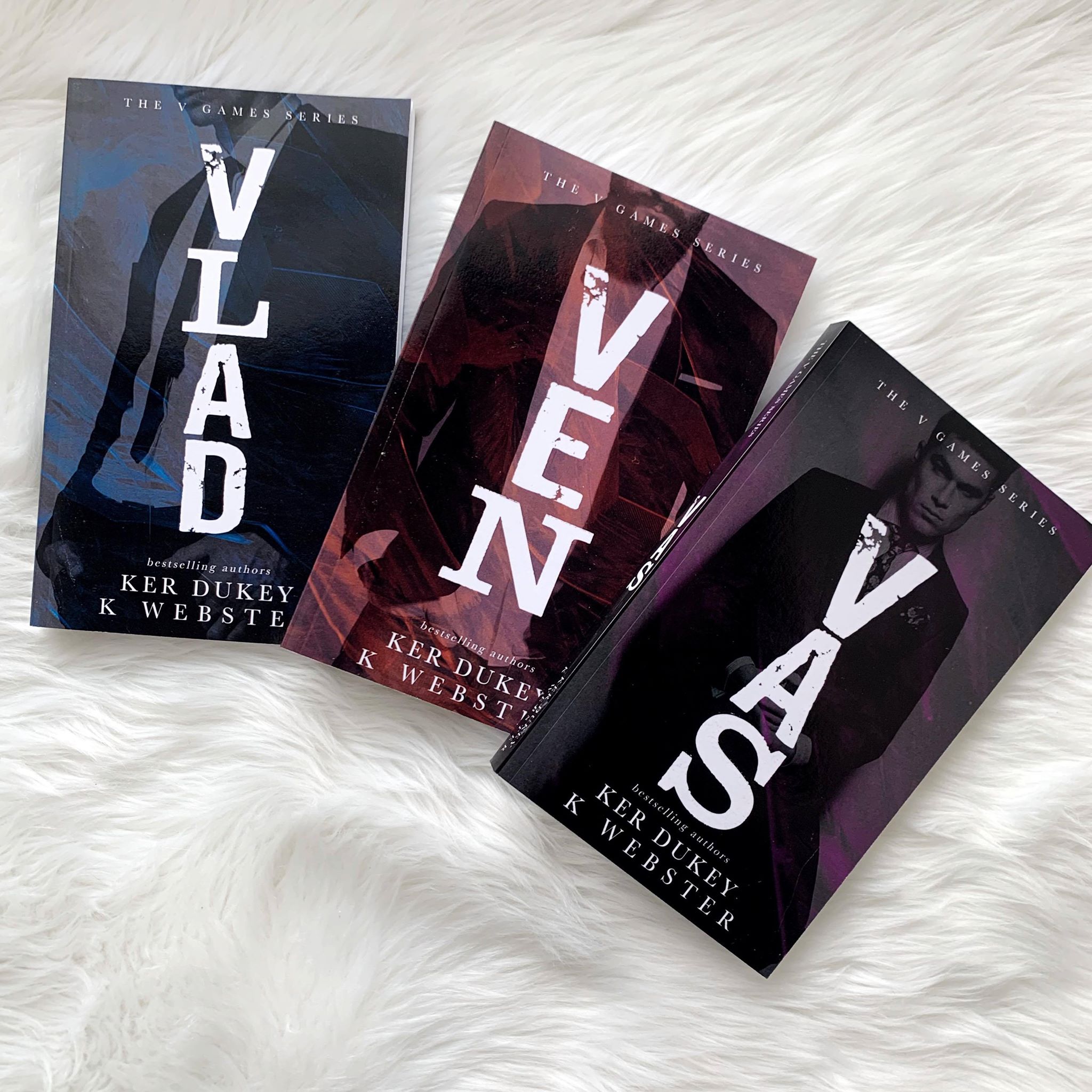 
This book is as dark as it promised. It’s not for everybody read, this is for those who are into dark,twisted,kinky, and fucked up stuff. There are some disturbing facts and incidents that messed up with your mind and raise a question wether you like the main
Character or not,but it doesn’t stop me to proceed this story, infect it piqued my curiosity to know where this story heading.
This story depict the cruelest, ugliest and brute face of this world, and at the same time show some lights of hope in that blind darkness.
Vlad is …

Vile.
Vicious.
Villainous.
Vasiliev.
as the author mentioned
He is not a Hero but a vicious villan ,
His dark persona makes you hate him but you like the soft part that he only reserved for his Sun ,as known as Irina
She is young
Innocent but not naive
Timid but strong at the same time

Overall, it’s so dark and fucked up , I like this story as much as I hated all the alpha males in this story, I accepted and liked this story bcz I know these kind of things and these kind of man exist with all their cruelty.
This book is good but in a bad way ,and the story is continuing and I can’t wait to know what book 2 brings more.

The Vasiliev name is a powerful one.
We rule with an iron fist and we do it well.
Being the eldest, I am Father’s best hope at keeping us at the top of the food chain.

The next move requires I marry and soon.
This will strengthen us and secure our position.
But I am not to marry her.

I am to wed the eldest Volkov.
Problem is, her younger sister is the one who awakens my dead heart.
It is her I want in my bed and by my side forever.
Her. Her. Her.

In this game, though, it’s not about what I want.
But maybe it can be about what she wants.

I am Vlad.
Vile. Vicious. Villainous. Vasiliev.
And I will win eventually.


Gobsmacked! I mean this is the darkest book I ever read so far, this book has more fucked up things that happened in Vlad book one in this series.
I must say this series isn’t about Heros , this is all about villains underworld Mafia and the way they makes other people or normal people life’s Hell. They disguise under white collar.
People who thinks it’s a swoon worthy so called Romance novel they are at wrong.

Well I have to be honest, that I hate all the men in this series they are all basterd, vicious, brutal, Vile , selfish, heartless, inhuman mother fucker.
Both authors Ker Dukey and K Webster show us the other and brute side of the world, and they did the marvellous job to depict the true world of human trafficker , drugs and arms dealer and mobsters who treats people and majorly womens worse than animals,
They showed us what is hell look like , my heart cut in pieces in many places in the book and made me cry where they committed inhuman cold blooded savage barbaric act.

I find this book or the story of this book in V Games far more better and captivated than 1st book
I liked ven in beginning till middle of the book, I thought he is different than other men of his 1st families or probably go against them and will change every thing but I was wrong ,I forgot that this is not about Heros it’s all about Devils and villains, I hated him what he did with Diana’s friend kira and her mother , I cried for both ladies and the others who have taken against their wills and stolen from their life.

If I find something good it was The heroin of this book Diana She was strong braved and a women on a mission, her chracter grows from the beginning of book one and become far more strongest, that she over shadowed Ven and any other character in this book, she just stole the whole show by her courageous act and strongest personality. In my opinion the second book name should be Diana than ven.
Every character in this series is connected and have some role to proceed and support this v game series.
Overall it’s fucked up, disturbing and darkest book not for the faint heart people,
I liked it a lot and when the end comes all the blood run out of my body, I couldn’t expect what Rus reveals in the end, and now I will be on edge untill I know what will be the outcome of that bitter and brutal revelations.

P.S did I mention that Ker Dukey is Queen of dark romance.

The Vetrov name comes with expectation.
My role in this world is simple: do as Father asks and live my life how he planned it.

My future is already written: run the empire.
Old Values. Old Rule. Old Money.
Until her.

When the Volkov rose showed up at my home a disgraced package, hand-delivered by a Vasiliev prince, I began paving my own path.
I vowed to make her bloom once more.

She consumed me.
Her. Her. Her.

But you can’t love a rose and expect not to be damaged by her thorns.
She cut me too deep.
And I bled out.
My soul fled.
All that’s left is a cold, calculating monster.

I am Veniamin.
Volcanic. Victorious. Valiant. Vetrov.
When you enter my world to play games, prepare to lose.
In the end, I always find the thorn in my side, and I pluck it right out.


Wow what an exceptionally good end of ” The V Games” series . Every book in this series proved better than the previous but the last instalment Vas was the Best to read. It was captivated and intriguing, many fucked up twist and turn as expected because it’s an underworld mafia and anti-Heroes series.
But this book has a lill bit pleasant sides and unknowingly you smile while you read those parts.

I Loved all the side characters, especially twin cousins from vetrove family
Rodion and zahkar
Alyona daughter of
Voskoboynikov Family
She was hell of a character by herself. Very lovely, bubbly , stylish and full of life
I wish I could have spinoff book of all three character I mentioned above and as well as the bitter and cunning vika and iosif

As in my previous reviewed I mentioned that I hated all first families Men whereas I must say that I am in love with Vas
He is …
Strong
A brutal fighter : by profession and by nature , and he fight for his existence, for his sisters, for the love of his life and for his survival.
kind : he has good heart and soft for those who have been wronged by first families.
A death Angel: for those who are threats for his family
Vindictive : who have hurt his loveones
Possessive and protective : for his Angel
Darya she is…
INNOCENT,
STRONG ,
RESILLIENT

Both were different than the families they belong, they bring some positivity in their negative environment.
Together they fought hell of a war to have their happy ending and BOTH were the light in the pitched black world they exist.

And what an epilogue man. It was damn good and very provocative and with full of deliciously hot promises that made you insatiable and made you want more of them.
Oh damn I want Alyona and Rodion , Zahkar book PLEASE

The Volkov name is one I longed for.
Their household is one I grew up in, but not as an equal—as a maid’s son.
This didn’t stop me from becoming a man to be reckoned with.
But even with my rightful name finally given to me, I still feel adrift.
Until her.

Everything I did was for acceptance.
Everything I lost brought me to my family.
To this life.
To her.

She has shown me there is light in our pitch-black world.
That the stars can’t shine without the darkness of night.
She is the stars, and I am the sky in which she shines.

There is evil lurking in the shadows we create.
The corruption and depravities of the First Families have become toxic and are infecting us all from within.
Games have been played, and now, they must end.

I am Vas.
Vocal. Voracious. Vindictive. Volkov.
A devil in love with an angel, and together, we’re going to rule Hell on Earth.

***This is book three in The V Games series. Vlad and Ven must be read first in order to understand this story.***