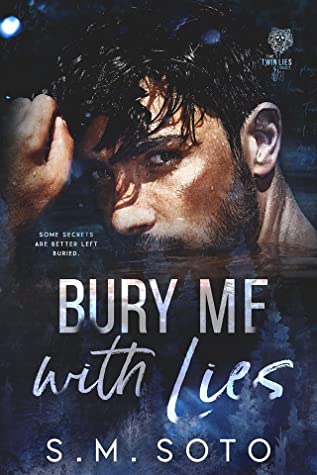 Bury Me with Lies by S.M. Soto


I love the book but lill bit disappointed on some facts that needed to be wraped up neatly as it was a final conclusion of a murder mystery plus mackinzy and Baz love story . It was highly-anticipated for me. I won’t say that I didn’t enjoy the book infect it was captivating with full of unexpected twists and turns, and also it was angsty, emotional, nerve wrecking , heart wrenching tale but with a HEA you would love to read.

As much as I want to write my full detailed review but I couldn’t because I am afraid I will spoil the fun for other readers coz the book is yet to be released And the things that was bit disappointing for me probably won’t be for other readers regardless of that it was interesting and unable to put down.


P.S: My hands are itching to write down the issue that realy disappointed me and made me give this book one less star though I actualy wanna give 3.5 star but I settled for 4 star. BUT I CAN’T. probably after one month of release I will write down with spoiler tag.


Recommended to all the readers who love dark , angsty, emotional book with tinge of Suspense , mystery and thriller.

Stuck between life and death, Mackenzie is hell-bent on proving her innocence, and getting revenge on the men who murdered her sister. With one series of unfortunate events after another, Mackenzie must outrun her own fate—death.

When secrets unravel and lies become twisted betrayals, Mackenzie finds herself in more danger than she could’ve realized. Her only saving grace is Baz, the elusive playboy she’s given her heart to. But will placing her trust in a man like Baz be her downfall?

S.M. Soto was born and raised in Northern, California where she currently resides with her son. Her love for reading began when she was a young girl, and has only continued to grow into adulthood. S.M. lives for reading books in the romance genre and writing novels with relatable characters. She refers to herself as a bit of a romance junkie. S.M. loves to connect with readers and eat copious of donuts that will surely lead to her demise.